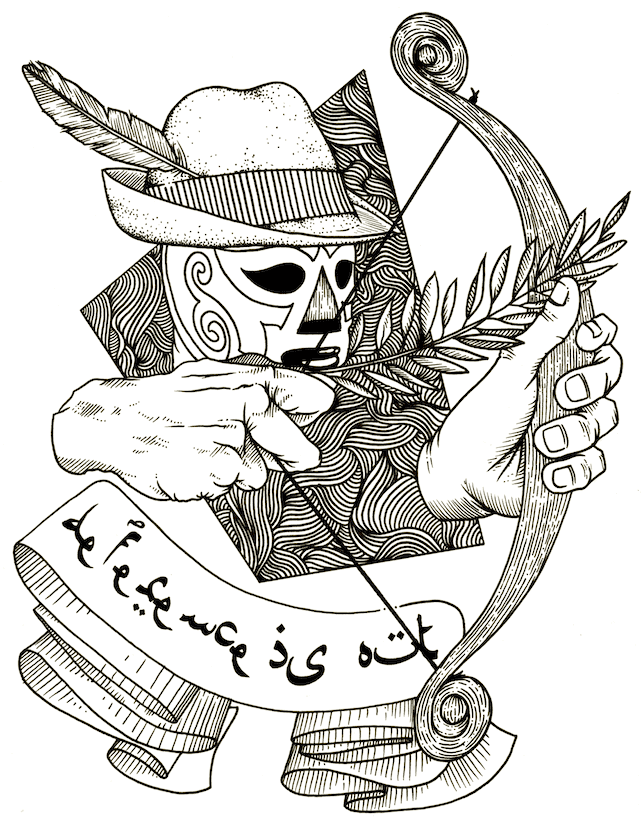 I combined a few references made within the article to assemble an image of Jamshed Dasti. Since he’s the son of a wrestler I gave him a traditional wrestler’s mask and made sure to include the last sentence of the article where he mentions that deference is out. It was also mentioned that he’s “Pakistan’s answer to Robin Hood”, so I gave him the classic Robin Hood hat with a feather and a bow with an olive branch (for peace) instead of an arrow.