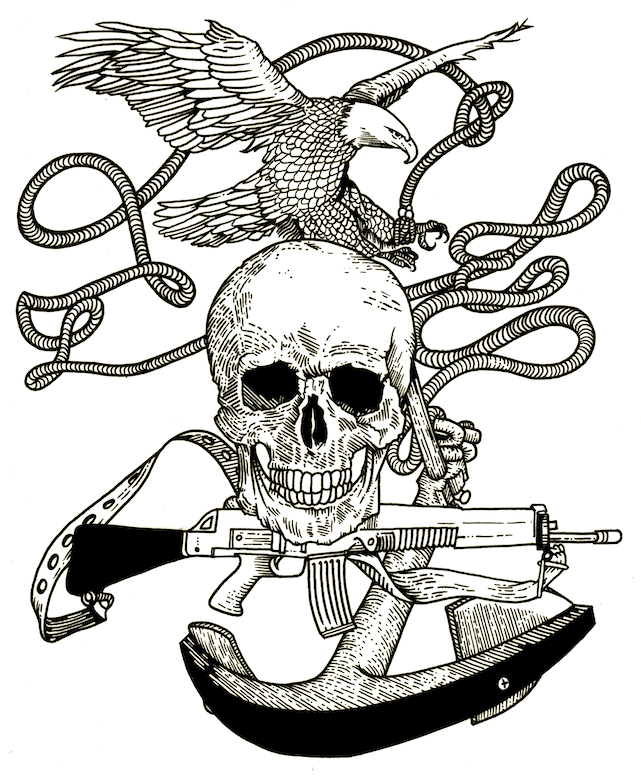 The Gulf of Guinea: Another Somalia?

I wanted to work out a modern interpretation of the classic pirate skull by pairing it with a modern gun. I also placed an American Bald Eagle who’s technically tied down to an anchor, but with a long leash. This is in reference to the article’s point that ”[…] west African governments […] have so far not welcomed the idea of Western naval patrols.”