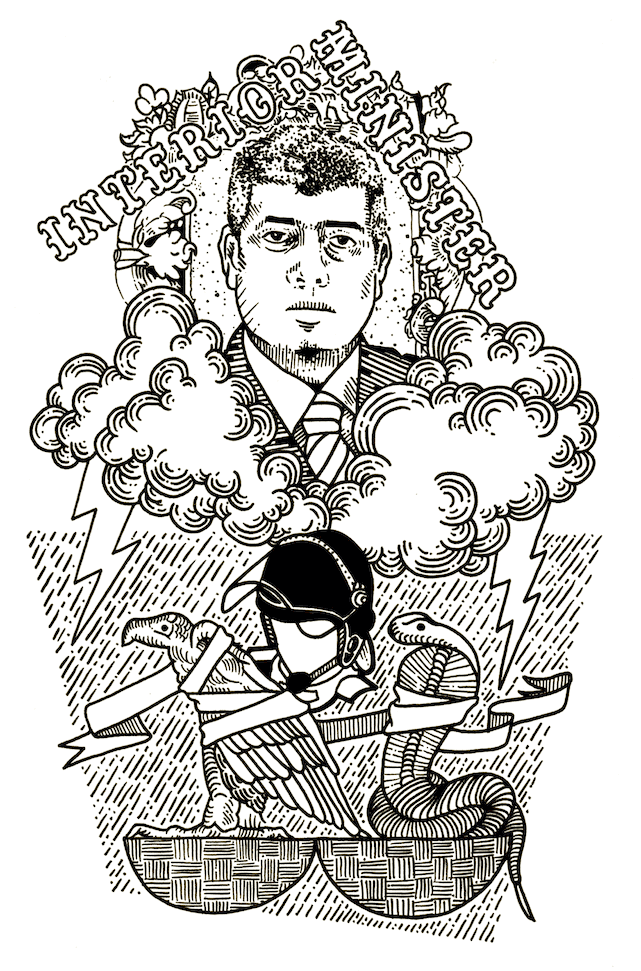 Egypt’s police: What happened to reform?

This image includes the Interior Minister, Muhammad Ibrahim, with his head in the clouds since his view of police brutality is considered “an attempt to create an alternative reality”. Beneath the clouds there’s a storm and the Nebty-Tepites, or ”Two Ladies” - known as the ancient Egyptian protectors of lower and upper Egypt - are bound.