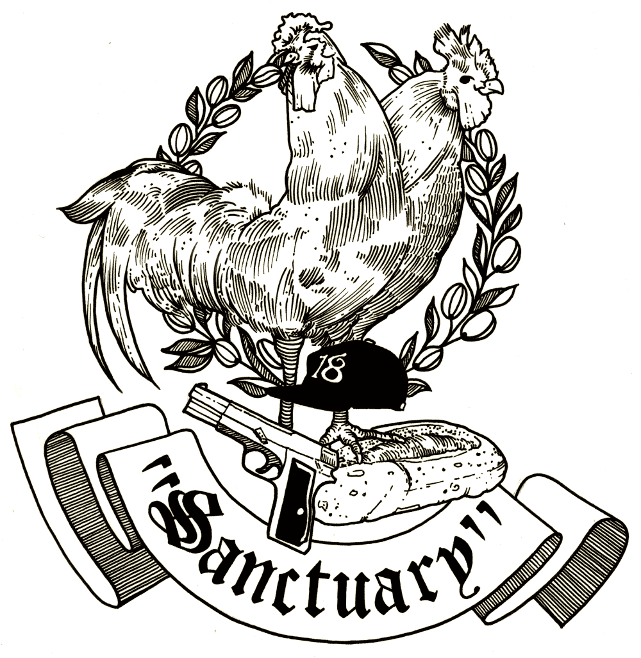 The imagery of two roosters coming together as one, seemed to be an appropriate representation of the two notorious gang leaders coming to a mutual cease-fire. The images at the feet of the roosters are meant to reference competing elements facing El Salvador. The history of gang violence, represented by the “18” baseball cap worn by Carlos Mojica Lechuga, competing with the extortion still rampant and the government attempts to provide alternative forms of income, shown by the hand-gun and loaf of bread. The banner that runs across the bottom displays in quotes, “Sanctuary”, which is the quickly rejected name for Peace Zones dedicated to changing the violent environment.